“We had joy we had fun, we had seasons in the sun …” Ah yes, seems like a million years ago that Seasons in the Sun was a top hit on Springbok Radio, and it was played near to death by Clackie Mackay, David “the gruesome gresh”, “keep your feet on the ground and reach for the stars” Gresham and the like… Esme Everard and Jan Cronje. Rocco Erasmus. 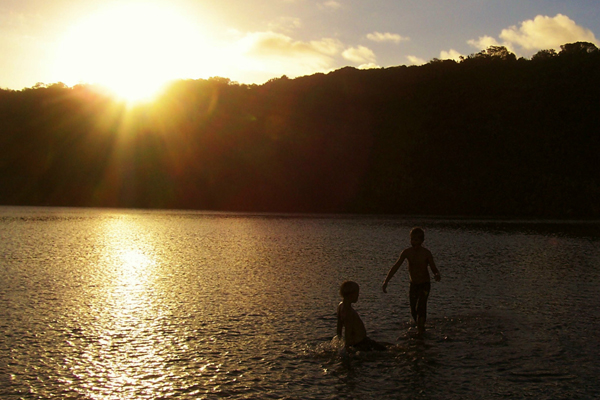 I have no idea what was going through Rod Mckuens head when he penned these lyrics, but it was one of my favourite songs of the 70’s. The Beach Boys, The Shadows, and The Sweet fuelled the energy of the teenagers. There was Karisma, the New Seekers, the Rolling Stones, young David Bowie, Abba, the Mom and Dads, The Mamas and the Papas, and the emerging Queen. Back then no-one had heard of UB40, but once they arrived, the new twenty-something’s latched onto them, Eddie Grant, and also Rabbit in a big way.

It seems there is a point to all this. As a teenager in the 70’s, my generation did not have malls, computer games, uncontrolled crime, mxit and teenage contraception. We had ourselves, we had the beach, and we had the music!

Portable music was not that portable, and the sound generated by our Phillips tape players was pretty pathetic. It was that or a portable Telefunken AM/FM radio. Unless there was a mate with a car, and decent speakers. VW Kombis with lifting front windows, and “dazzle” datsuns …

The early 80’s were good times. It was beach party time. Music blaring from matched sets of massive speakers mounted on a board that could be propped up outside the car. Man! Catching a wave with the vibrations of Stand and Deliver reverberating through the glass-fibre deck into your feet was almost as good as Good Vibrations being regurgitated by The Beach Boys.

Those were the days of David Kramer, Ge Korsten, Rod Stewart, Leslie Rae-Dowling, and Supertramp all being at the same beach party. Those were the days of drinking Tassenberg out of 2litre jugs, burning your fingers on chops that were only seconds away from total cremation, while the fires burned high on the beaches.

Swimming at midnight.
Sailing at dawn.
Surfing at dusk.

There were a few drawbacks of course. Monday exams, or just having to be at work on a Monday were definitely not so cool.

Sunburnt and salty. This morning’s liquid breakfast reminding you that solid sustenance had been lacking throughout the day, while trying to appear pious at Sunday evening service was also not great.
And you know what?
It was great.
We had joy.
We had fun.
We had seasons in the sun.
We were probably the last generation of teenagers to really have had seasons in the sun. Rod, you Rock!